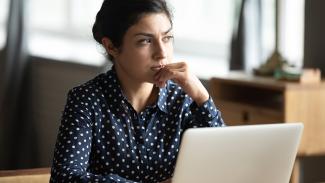 The Joy of Being Wrong and the Danger of Desirability Bias

The Joy of Being Wrong and the Danger of Desirability Bias

“No one enjoys being wrong,” Daniel Kahneman told Adam Grant, who recounted their conversation during a recent interview, “but I do enjoy having been wrong, because it means I am now less wrong than I was before.”

Grant describes Kahneman, the psychologist seen as the originator of and greatest contributor to the field of behavioral economics, as “a living legend,” a lofty label that Grant himself is sure to earn any day now. So when these two sages, known for having gotten so much right, talk about their enjoyment in having been wrong, it provides a special comfort to those of us who find ourselves acknowledging our errors more often.

First, I love that they admit to their humanity—not just that they are occasionally wrong, but that it kinda sucks when the realization initially strikes. Helpful humbling is often initiated through a little hurting. And one of the best ways to salve that sting is to recognize the benefits to be gained from being more right into the future.

One of the biggest humblings of my career was also one of my most important lessons. I grew up professionally in financial firms that believed the primary justification for their existence was picking the right stocks, bonds and mutual funds at the right times for their clients. I genuinely believed this was the best use of our time and energy, until I was exposed to the evidence—that the vast majority of stock pickers don’t actually beat their benchmarks long-term and that allocating and reallocating active funds likely only increases the costs investors are virtually guaranteed to incur in pursuit of “alpha” that’s very difficult to sustain over the long-term!

Having been wrong can be great.

THAT was a humbling moment (courtesy of Larry Swedroe, an early standard-bearer of evidence-based investing). It stung. And that’s because I genuinely believed I had the right answers to the right questions and was applying what I knew in the best way I knew how. But that event provoked better questions with better answers and eventually led to a series of subsequent illuminating moments that collectively amount to a financial planning epiphany…if there is such a thing. The end result has been helping more people better.

Great! So, considering the myriad benefits of “having been wrong,” how can we be wrong more often? First, we must acknowledge why acknowledging our wrongness is so difficult, and here again Kahneman’s work is our chief guide.

Confirmation bias is our natural tendency to seek out information that will confirm what we already believe. We’re more prone to discounting something that would lead to doubt and amplifying something that would lead to certainty than we are to embracing unadulterated objectivity. This applies to all our standing beliefs, however they were formed. But this is where things get really interesting.

If confirmation bias is selective sifting of incoming information to support our standing beliefs, desirability bias is doing the same in support of something that we want to be true. Yes, the researchers behind one study observed that people “updated their beliefs more if the evidence was consistent (vs. inconsistent) with their desired outcome. This bias was independent of whether the evidence was consistent or inconsistent with their prior beliefs.”

That particular study focused on our political beliefs, but it’s just as applicable to our dealings with money and investing. Whatever we want to call it, there’s evidence that we’re really good at fooling ourselves (although it’s also important to point out that our biases aren’t just signs of human brokenness and often come with associated benefits). What, then, is a solution?

While I think we do well to simplify in many aspects of life and money, it can also be a mistake, especially in matters of thinking that tend to be boiled down to two competing sides.

“I’ve completely rethought that,” Grant says in the same interview. “I now think that the both-sides perspective is not part of the solution, it actually exacerbates the polarization problem.”

He continues, “That’s largely because it’s so easy for us to fall victim to binary bias, where you take a very complex spectrum of opinions and attitudes, you oversimplify it into two categories, and when you do that you know which tribe you belong to; the other side is clearly wrong and may be bad too. It just locks people into preaching about why they’re right and prosecuting everyone on the other side for being wrong.”

Rather than expand our singular viewpoint, calcified by confirmation and desirability biases, to a dualistic battle royale that may only further harden our stance, Grant suggests the solution is to explore other angles and viewpoints beyond our purview. And they’ve seen this work at the Difficult Conversations Lab, with many of the toughest either/or debates over topics like gun control, abortion and even more divisive material, like the Yankees/Red Sox rivalry.

Believe it or not, even in the nerdy world of financial planning, many topics within our advisor community get people pretty fired up: active vs. passive investing, permanent life insurance vs. term, control vs. tax efficiency in estate planning, to name a few. These nuanced subjects are all worthy of some complexification.

How about you? Are there any issues or arguments where you need to complexify? Are there any relationships you might help heal following a couple years of intense polarization over issues of politics, race, face masks and vaccines by exploring other angles?

Here are 10 lessons from what they’ve learned at the Difficult Conversations Lab that might help, and I’d also highly recommend Grant’s and Kahneman’s new books, Think Again and Noise, respectively.

The opinions expressed by featured authors are their own and may not accurately reflect those of Buckingham Strategic Partners®. This article is for general information only and is not intended to serve as specific financial, accounting or tax advice. Individuals should speak with qualified professionals based upon their individual circumstances. The analysis contained in this article may be based upon third-party information and may become outdated or otherwise superseded without notice. Third-party information is deemed to be reliable, but its accuracy and completeness cannot be guaranteed.

By clicking on any of the links above, you acknowledge that they are solely for your convenience, and do not necessarily imply any affiliations, sponsorships, endorsements or representations whatsoever by us regarding third-party websites. We are not responsible for the content, availability or privacy policies of these sites, and shall not be responsible or liable for any information, opinions, advice, products or services available on or through them. IRN-21-2306